For a review of the pathology of FTD read this paper from our team and their collaboration with the Queen Square Brain Bank. 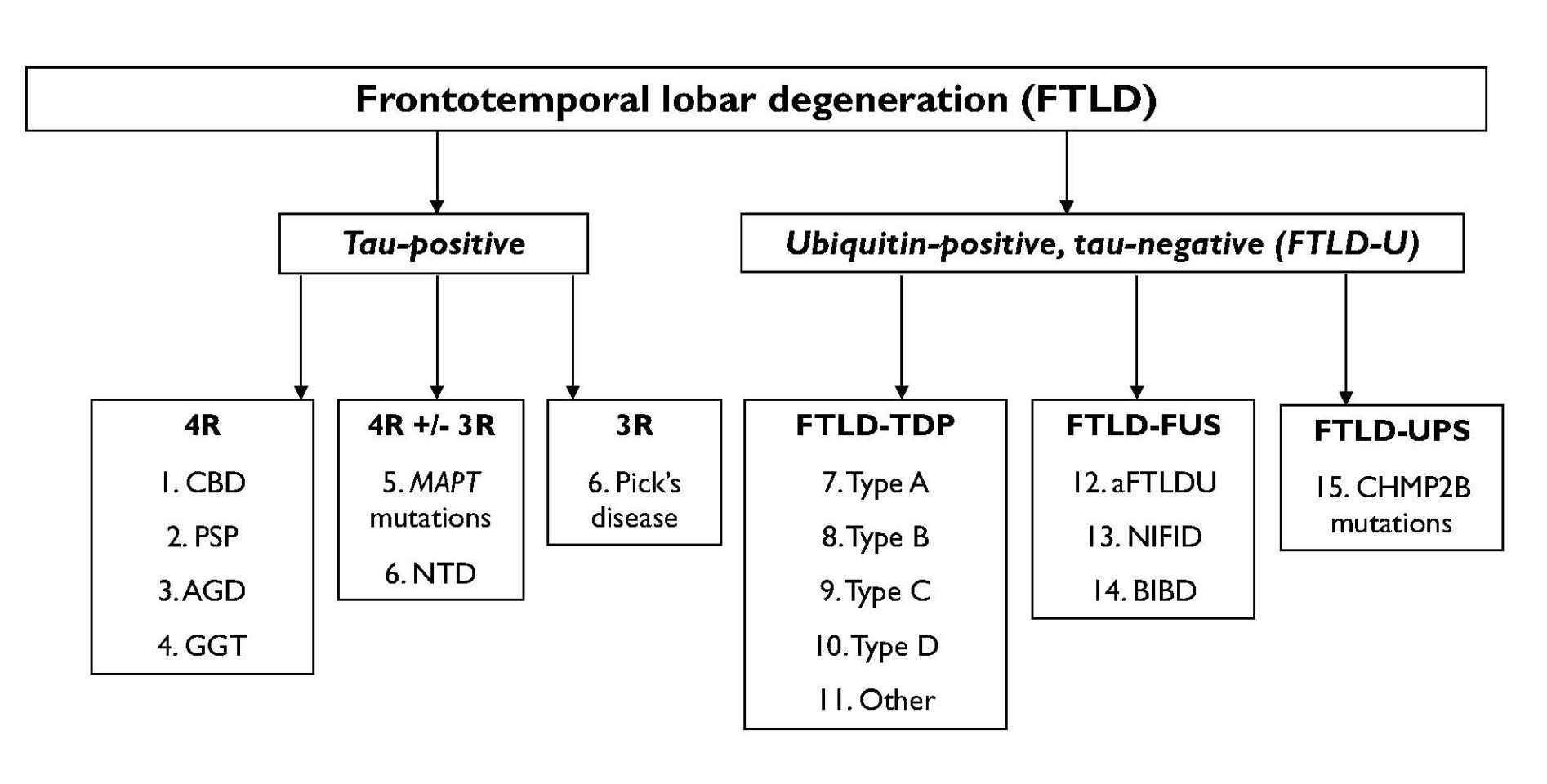 At post mortem proteins are found clumped in an abnormal way in brain cells in FTD. There are three key proteins which are called tau, TDP-43 and FUS, and together they are known as frontotemporal lobar degeneration or FTLD pathology.

Most brain banks report that about 45-50% of people have TDP-43 or FTLD-TDP pathology, 40-45% have tau or FTLD-tau pathology, and 5-10% have FUS or FTLD-FUS pathology. A very small number of people with FTD have none of these and this group includes those with CHMP2B mutations.

Each of the three proteins can be found clumped in different patterns, which each have a name.

For tau the subtypes are called :

The non-tau forms of FTLD used to be called FTLD-U or ubiquitin-positive, tau-negative pathology. The majority of this group are those with TDP-43 pathology who are subdivided into:

There is no clear one to one association of a clinical syndrome with a particular pathology:

A summary of the different associations between the clinical syndrome and the type of pathology can be found in the picture below: