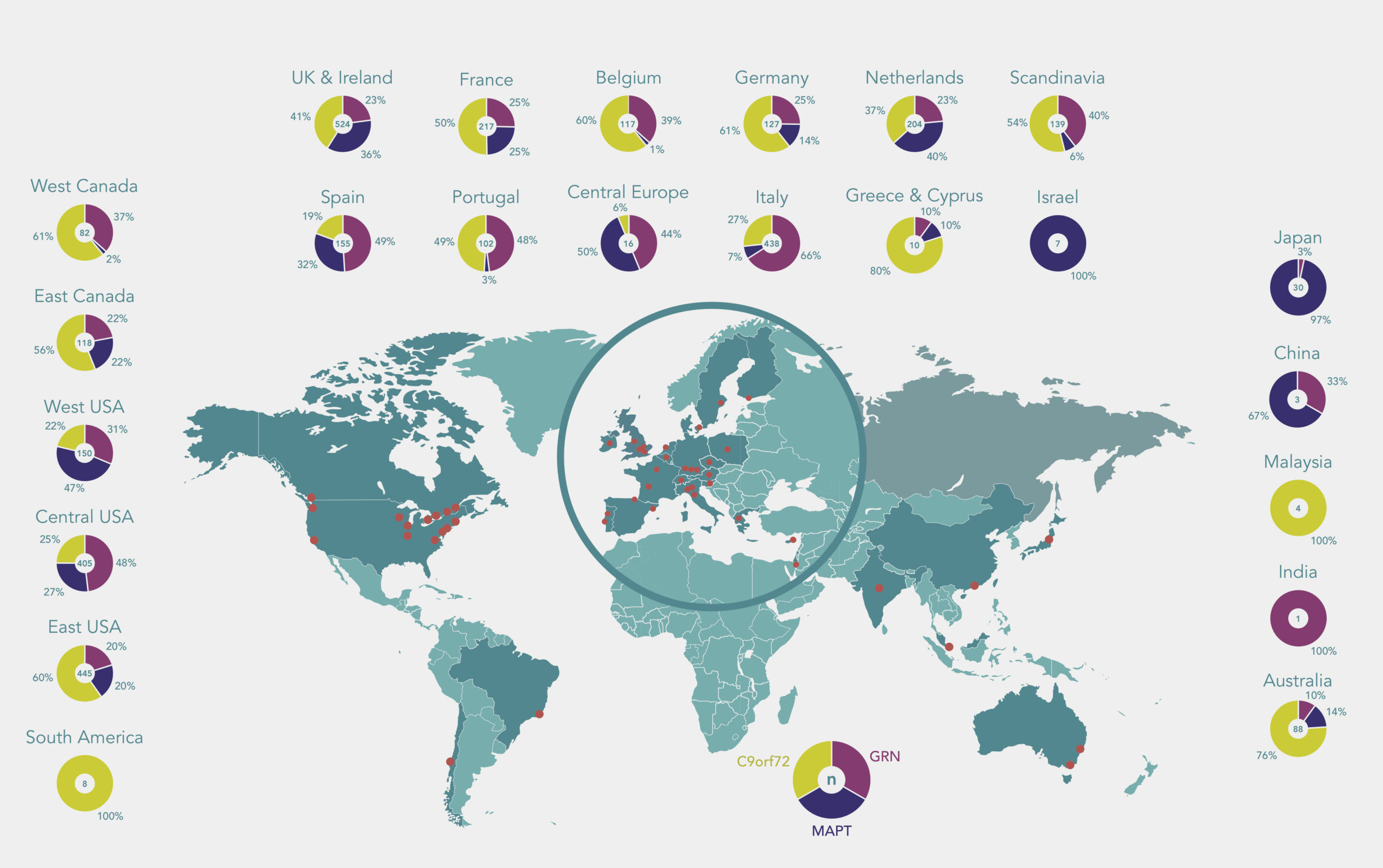 Our latest paper has just been published in Lancet Neurology. This work was led by Katrina Moore, a former PhD student within the group, and is the first study published by the FTD Prevention Initiative which brings together GENFI, the European and Canadian genetic FTD study that we run, with other studies from around the world, including ALLFTD in the US and DINAD in Australia. Katrina brought together data from different centres from genetic FTD families including the age at which people within the family developed symptoms, the age at which they died, and their initial diagnosis. This allowed her to investigate how age at onset, age at death and disease duration vary between the different genetic groups and the individual genetic mutations.

Overall 3403 people from 1492 genetic FTD families were included in the study:

We found that age at onset was youngest in the MAPT group and oldest in the GRN group:

Duration of the disease from first symptom to death was shortest in the C9orf72 group and longest in the MAPT group:

In other words, only for the MAPT group did we see a relatively high correlation – this means that if someone’s parent had their onset of symptoms at 55, then that person is likely to also have onset around the age of 55 (+/- a number of years).

For MAPT mutations, an individual’s age at onset is largely explained by the specific mutation they carry and even more so by the family they are a member of. However, for both the GRN and C9orf72 mutations these factors do not particularly explain age at onset. This suggests more work needs to be done to find other genetic or environmental factors that modify age at onset in these groups.

This work provides new insights helpful both to FTD families and to how we might design clinical trials – unfortunately, if we are performing trials in the presymptomatic period, we will not be able to predict onset particularly accurately for the GRN and C9orf72 groups, and will need to find better markers that tell us whether someone is in proximity to their symptom onset.