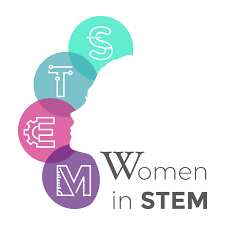 Today, 11th February, is the United Nations International Day of Women and Girls in Science. The 2021 theme focuses on women scientists at the forefront of the fight against Covid-19, but research in other fields has not stopped moving. Our team features a number of women scientists with different skillsets and interests who are collaborating to tackle frontotemporal dementia and related disorders.

Females represent half of the world’s population but make up less than 30% of researchers across scientific fields. Similarly, only approximately 30% of female students study STEM-related subjects at higher education level. Female scientists are underrepresented in the media and in television or film portrayals of scientists, and there are long-standing gender stereotypes that discourage women and girls from pursuing scientific interests.

However, these long-standing biases are changing. Most scientists are still men, but the percentage of women in science has risen over the last few decades and is as high as 49% in biological sciences. Promisingly, when asked to draw a scientist, more and more school students have drawn women – this has risen from just 1% in the 1960s and 1970s to 34% in 2016, and over 50% of scientists drawn by girls – see link. Perhaps the next generation of scientists will see the gender gap close.

A number of the researchers in the Rohrer lab, the group behind FTD talk, devote their time to deliver lessons and extracurricular talks at primary and secondary schools to encourage students of both sexes, and from all backgrounds, to pursue interests in science and inspire future careers. Education about careers in research will benefit young students (particularly girls) who know less about the possible routes into academia.

We are proud to offer work experience where possible through schemes such as In2Science and have plenty of female role models in the team! Please contact us if you are interested.