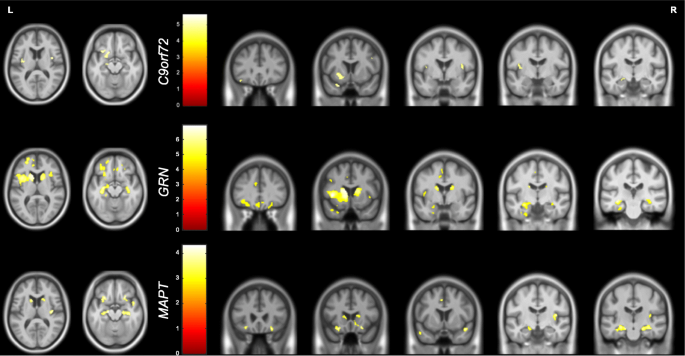 We have a new paper out this week led by Hannah Franklin, who was a PhD rotation student with us last year. She focused on using a questionnaire called the Revised Self-Monitoring Scale (RSMS) that we give to the family members or friends of people in the GENFI study to ask them about their social cognition. The RSMS measures people’s ability to work out the social and emotional cues that come from other people and then select an appropriate way of responding to those cues. This phenomenon is often referred to as ‘socioemotional sensitivity’ or ‘self-monitoring’.

The RSMS was completed by 730 participants from GENFI including those with C9orf72 expansions or mutations in the GRN and MAPT genes. The majority of participants also had an MRI brain scan.

Hannah found that the RSMS was lower than controls once people become symptomatic in all genetic groups but was also significantly lower when people with C9orf72 expansions were still prodromal, i.e. had very subtle early symptoms.

The RSMS score decreased with increasing disease severity in all groups – see picture below.

The imaging analysis showed that a number of areas in the brain are involved in this social cognition skill including the frontal and temporal lobes as well as the insula and an area deep within the brain called the striatum.

The study suggests we may be able to use the RSMS as a measure of social cognition in future FTD trials.