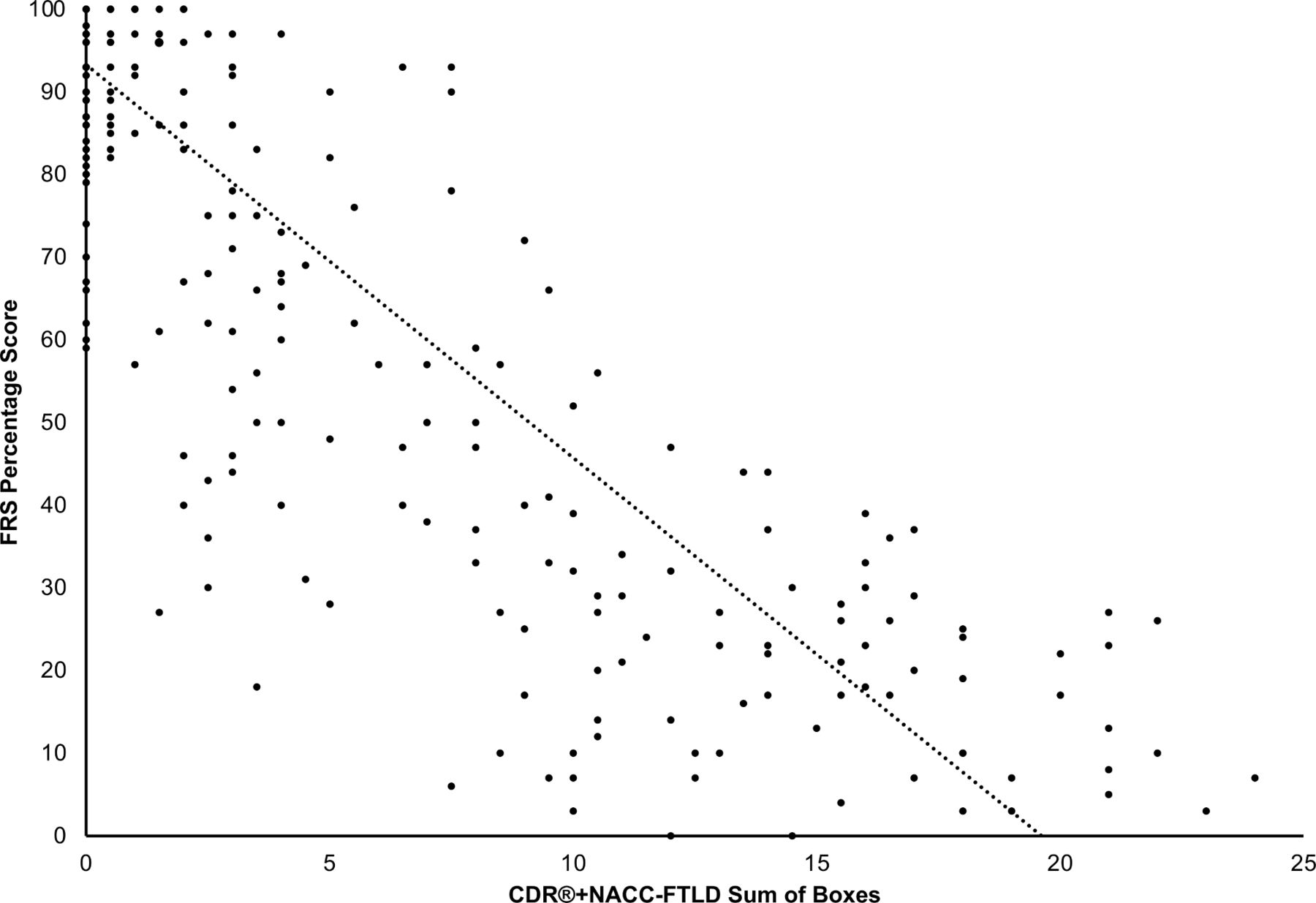 How do we measure progression of symptoms in clinical trials?

We have a new paper out this week led by Georgia Peakman investigating how we might measure the progression of symptoms in FTD. This uses data from the GENFI study to look at the only two commonly used ‘rating scales’, ways of measuring symptoms.

The first is a scale called the CDR plus NACC FTLD, a long and difficult name which has arisen from how it was developed. The CDR or Clinical Dementia Rating Scale was developed for Alzheimer’s disease and has been used for many years in clinical trials. It consists of six items: memory, orientation, judgment and problem solving, community affairs, home and hobbies, and personal care. The National Alzheimer’s Coordinating Center Frontotemporal Lobar Degeneration (NACC-FTLD) addition was to include two further items specifically aimed at FTD symptoms: behaviour and language.

The second is a scale specifically developed for FTD called the FRS or FTD Rating Scale. This is a 30-item questionnaire covering seven areas: behaviour, outing and shopping, household chores and telephone, finances, medications, meal preparation and eating, and self care and mobility.

The two scales both progressively changed over time as can be seen by the picture below, suggesting they can measure how symptoms progress in FTD.

However, there were differences between the two scales, with some people doing worse on one scale than another, and vice versa:

There were also differences between how severely affected people were judged to be on the scales, and how clinicians judged how they were doing.

Nonetheless, neither scale include neuropsychiatric or motor symptoms, both of which are seen in genetic FTD and so further development of these scales, or new scales will be required in order to capture the whole spectrum of FTD symptoms.