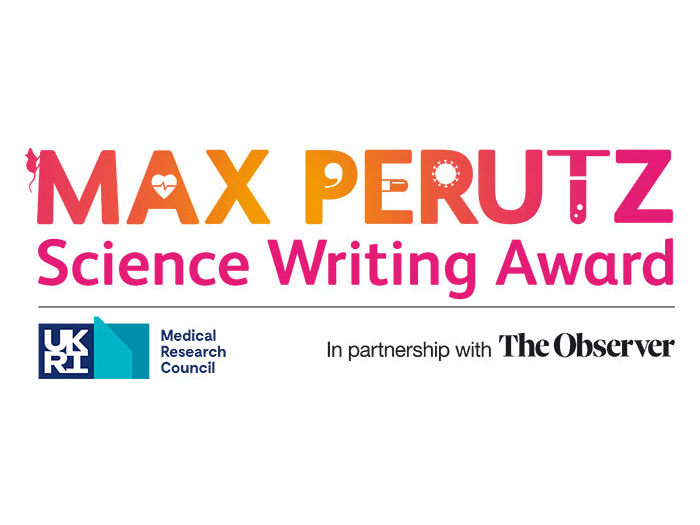 Congratulations to Imogen Swift from our team who was recently shortlisted for a national award called the MRC Max Perutz Science Writing Prize.

Her article is below, and was written after interviewing one of the participants in the GENFI study who very kindly recounted her story to Imogen.

“The look he gave me, I can only describe it as a look like there was no one home”

This striking moment is the first memory Hannah has of her father’s dementia. She recalls how he started to go missing, making obscure financial decisions or laughing when his grandchildren were upset. In 2017, at the age of 60, he was diagnosed with frontotemporal dementia (FTD).

Few people have heard of FTD. Unlike Alzheimer’s disease, this form of dementia mainly affects your personality, behaviour and language. It is the second most common form of young-onset dementia, usually affecting people in their 50s but symptoms can start from any age. Patients often lose empathy for their loved ones, lose their ability to speak and lose their sense of self. Currently there is no cure.

For Hannah’s family, the news got worse still. Around a third of people with FTD have a genetic component, meaning it can be passed down from generation to generation. Hannah had suspected this as she recalls similarities between the look in her father’s eyes and that of her grandfather years before. Her grandfather had passed away, aged 57, with what was recorded as complications of Alzheimer’s disease. At the time, little was known about FTD.

Hannah was told that she has a 50% chance of carrying the faulty gene and developing FTD. Over the next 10 months, whilst watching her father’s condition deteriorate, she deliberated as to whether she wanted to find out if she is also a gene carrier. Eventually, she concluded that she could not live with the uncertainty and decided to get genetically tested. It was not good news. Hannah carries the same version of the gene as her father and will develop FTD. Each of her young daughters has a 50% chance of the same fate.

For Hannah, and many others in her position, the only solution is finding a treatment. In other words, finding something that will stop the disease from developing in the first place.

Yet hope is on the horizon. Clinical trials have started for this form of dementia.

Hannah carries the faulty version of a gene called progranulin. This gene is an instruction booklet for creating the progranulin protein, which in the world of brain cells, is a Jack of all trades. It fights viruses, heals wounds, recycles and repairs cell machinery and grows the cell. However, in people like Hannah, the faulty gene means that only half the required amount of this protein is created.

This is where the clinical trials come in. They aim to increase the levels of the progranulin protein in the brain and stop the disease from developing in people like Hannah, who do not currently have symptoms, but carry the faulty gene. However, if these trials are in people without symptoms, how will we know if the treatment is working? For this, we need definitive measures to test the treatment’s success. One way to do this is to look in body fluids, like blood and urine, or even better, the fluid your brain sits in: cerebrospinal fluid (CSF).

For my PhD, I am developing tests to measure different molecules in blood, urine and CSF and assessing whether there are differences in people who carry the faulty gene and those who do not. For this, it is important to first establish what we already know. We know that people with this gene have lower progranulin protein levels and we can actually measure this in their blood. We also know that this reduced level leads to the complex symptoms of FTD. However, we need to understand what happens in between.

One way to work this out is to think about what the progranulin protein does in the cell. In order to carry out its extensive responsibilities, we know it recruits other proteins, such as prosaposin. Together these two proteins move into cells and carry out key functions. In fact, according to research, progranulin cannot do many of its jobs without its trusted sidekick, prosaposin.

Therefore, in my PhD, I want to ask: are prosaposin levels different in people with the faulty gene? And can we measure this in their CSF?

The first step in developing this test is to find another type of protein, known as an antibody, that sticks specifically to the prosaposin protein. We could then use two of these specific antibodies to make a prosaposin sandwich (not as appetising as it sounds). By also attaching a label onto one of the antibodies (or “bread slices”), we can measure how much prosaposin is in the CSF (i.e. how many “sandwiches”).

One of the biggest challenges when developing these tests, is that some proteins are not present in high enough levels in the blood or CSF. To overcome this, we use ultra-sensitive machinery to detect very low quantities. To give some scale to this, if you had 18 million Olympic swimming pools, our machines could detect the equivalent of a single golf ball.

So, at 8AM on a Tuesday morning I was in the lab starting my experiment. This was the fifth trial and I was hoping that the subtle changes I’d made to the method would yield positive findings. Over the next nine hours I would pipette, shake, wait, wash and repeat. I was hoping to show that we can detect the elusive prosaposin protein in CSF. By 5PM, I was anxiously waiting as the numbers start to show up on the screen. I looked in amazement as the results suggested the experiment had worked. I had developed a test in CSF for the prosaposin protein.

One week later, I ran the experiment again, this time testing our precious CSF samples from people who carry the faulty gene. With another anxious wait and some eager graph creation, I found that prosaposin was higher in these carriers. This exciting result could help explain why these people develop FTD, adding a crucial piece to the puzzle of our understanding of this form of dementia. It could also be a useful measure in clinical trials to help establish whether treatments are working.

However, this is only the first step in a long journey of discovery and there is much more to find. For Hannah and many other families like hers, life is a ticking time bomb, knowing that at some point this disease will take them from their loved ones. I am hopeful that we will beat FTD but it is vital that we find the right treatment to save lives before more generations are affected.