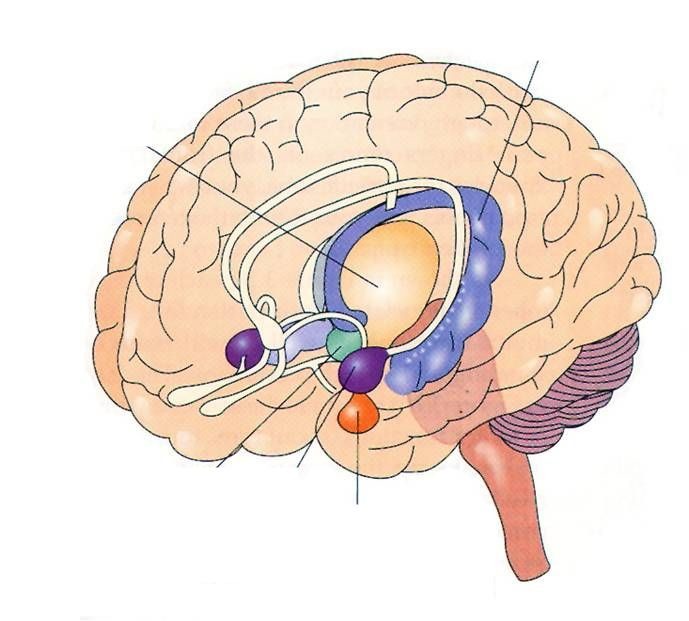 Looking beneath the surface of FTD

Two recent papers from our team led by Martina Bocchetta have highlighted the importance of brain regions outside of the frontal and temporal lobes in FTD.

Although FTD is named after these two lobes of the brain, which are the ones most commonly affected, recent studies have shown that areas below the brain’s surface, the subcortical structures, also play a role.

These areas include the basal ganglia, amygdala, hippocampus, thalamus, hypothalamus, and cerebellum. These are shown in a picture below from a review written by Martina in collaboration with the Cambridge FTD team.

In an important new study Martina has investigated how each of these structures changes in genetic forms of FTD by using data from the GENFI study. In 480 people carrying genetic mutations in C9orf72, GRN and MAPT, MRI brain scans were used to look at each of these structures. By using special computer methods Martina also was able to look even deeper down within subparts of each structure.

The study showed that in people with mutations in the C9orf72 and MAPT genes these areas has become smaller even when people had no symptoms (stage 0 in the picture below). In the C9orf72 group the earliest changes were in parts of the thalamus, hippocampus, amygdala, hypothalamus, and cerebellum. In the MAPT group changes were seen in the hippocampus and amygdala. As symptoms started to initially develop (stage 0.5) and then become more prominent (stage 1 and above), there was greater involvement of these subcortical structures.

The studies highlight the importance of these subcortical structures in FTD. We hope that these studies will be useful in helping to further our understanding about where FTD starts and how it spreads through the brain.